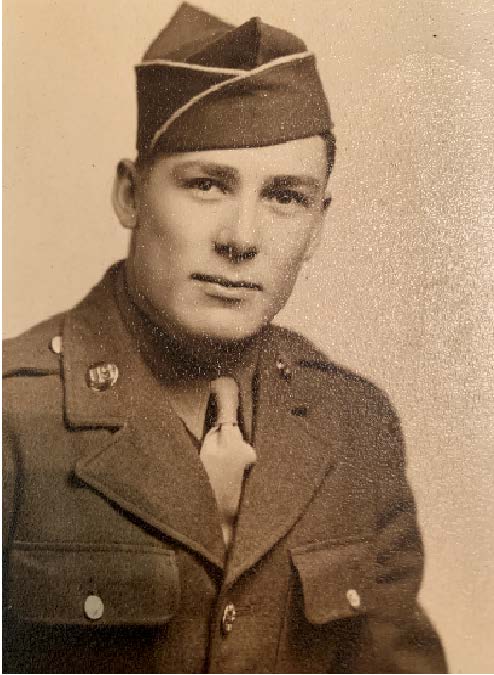 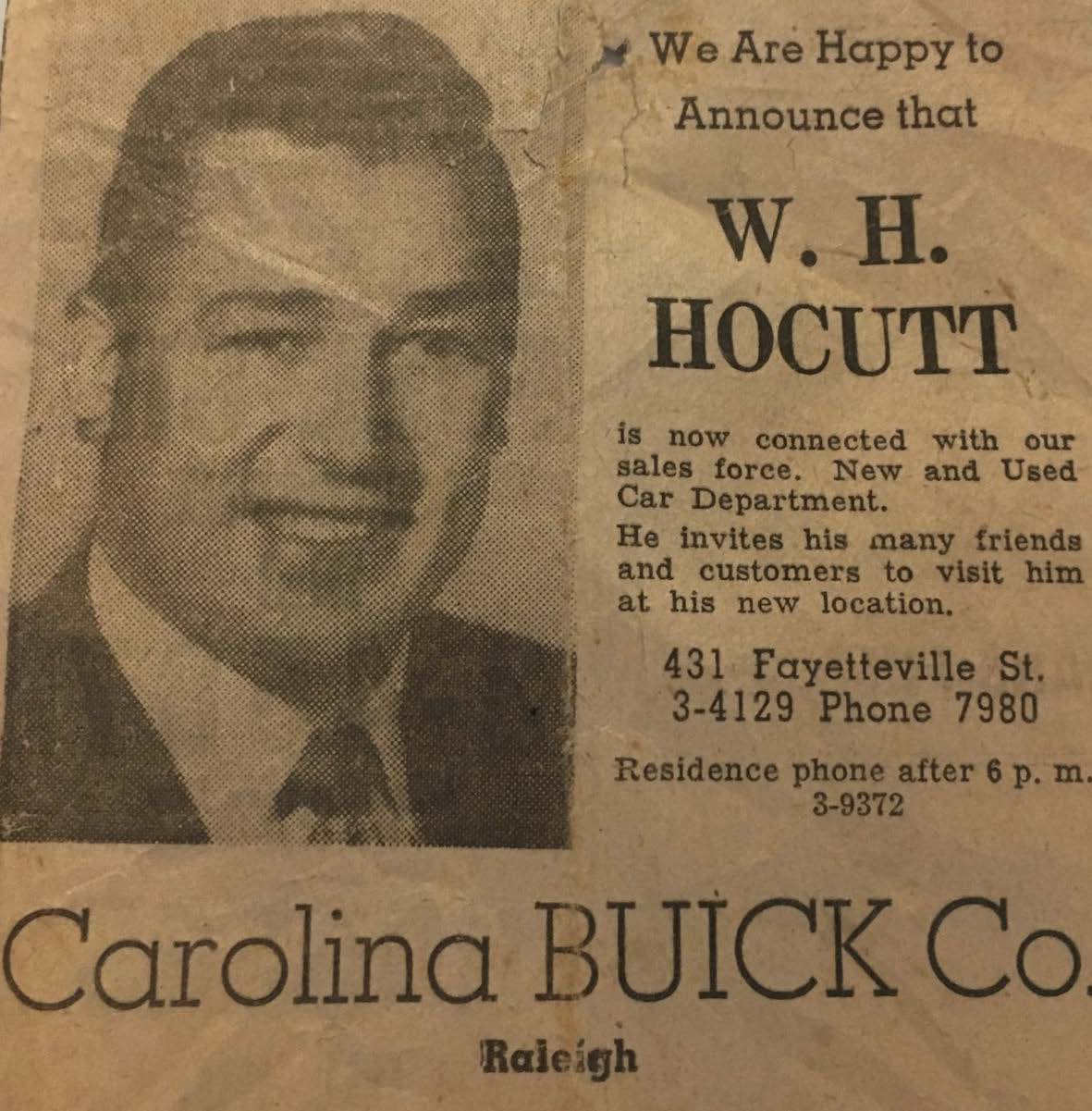 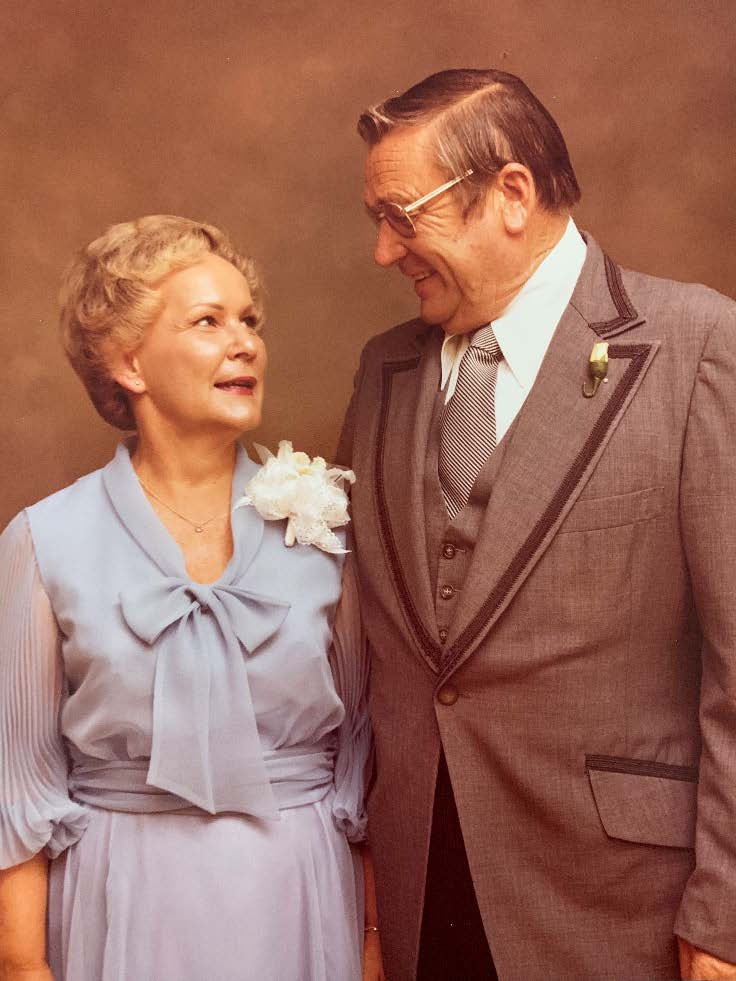 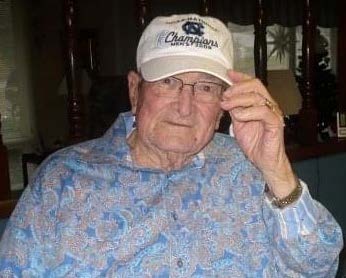 Wilford or "Hocutt", as he was known to many, was born in the Corinth Holders community of Johnston County and was the son of the late Dora Wilder Hocutt and Joseph Edward Hocutt. After serving in the Army during WWII, he came home and later met and married his wife of 58 years, Joann Mendenhall.

Hocutt spent most of his career in the Automotive Sales business and retired from O'Neal Motors on South Saunders Street on December 2, 1988, after 29 years of service. Deciding he was not quite ready for retirement, he went to work for Todd Motors in Wendell for 12 years, where he could be found selling cars, talking to the local townspeople, and greeting all who came through the door. He never met a stranger. Everyone was his friend. Even as his body aged and his health failed, when asked how he was doing, he always replied, "If I was any better, I couldn't stand it!"

As a charter member of Green Pines Baptist Church, Hocutt served faithfully throughout his life as a deacon, Brotherhood leader, Sunday School teacher, or in whatever capacity he was called to serve. He was also a lifelong member of Masonic Lodge 540 in Raleigh. He was an avid fisherman and could be found many a fall morning surf fishing the Emerald Isle beaches, where he and Joann had a home for many years. Hocutt thoroughly enjoyed his garden and would share his produce with family, friends, church members, and Wellington Nursing Home.

Above all though, he was a devoted and loving husband, father, brother, grandfather, and family man.